Welcome! I made a forum.

Due to the newness of this forum, I am extremely tempted to make an account called "fart" or something. 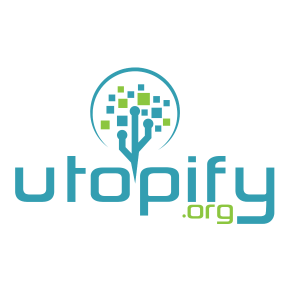 MattKC wrote: ↑Thu Dec 08, 2022 7:28 am [...] As a content creator, shouldn't I just direct people towards a Discord server or subreddit like everyone else? [...] I'm not really a fan of "public Discord servers". [...] but in general they've very much lost their prevalence to the aforementioned Discord servers and subreddits, which I think is kind of a shame.

This is one of my problems, too. People even ask me if I have a discord server or if I could create a subreddit. But I really don't want to use proprietary software, which is controlled by a huge company, where I am not even in control and could be banned for any reason (even pranks could destroy a whole community). And the spyware, which is included everywhere nowadays, is more than annoying, because I don't want to tell people "Hey, if you want to participate in any discussion with me, you just have to get spied on by those 116 third-party tools, which are build in into this website". Naaahh.... this is just ridiculous and disgusting.


MattKC wrote: ↑Thu Dec 08, 2022 7:28 am Subreddits are also generally very insular, having to focus on a single topic so they don't get disorganized, with very few shared users between them. A forum, on the other hand, can be much broader in scope with the same userbase, allowing for much more cross-pollination between ideas and subcommunities.

And this is a reason why I love forums, too, but I wanted to be a little bit modern and tried federated systems (Fediverse), like Mastodon (Twitter replacement) and the last months I tried my own lemmy instance (reddit replacement, here is an example).


MattKC wrote: ↑Thu Dec 08, 2022 7:28 am While undoubtedly some of my fondness for forums is nostalgia, for a while I've also been wanting a place where I (and others) can post and discuss things like tech/game modding research/discoveries in a way that's well-organized (unlike a subreddit), easy to write for (unlike a blog/wiki), and doesn't disappear up the endless scroll of an instant messenger like Discord, hidden away from public view and search engines.

You're talking from my heart! I miss well-organized discussions and I am pretty annoyed of all the chat replacements like Slack or even linux discussions in IRC.

I asked a similar question in a German forum, because a forum has a few disadvantages nowadays, which depends on how humans developed over the last decades (IMHO) and social media is the reason for it.

Here are some theories of mine, how people changed the last decades, which I translated into English:
This could lead to long posts, offtopic and long scrolling, until you find the thread again.

With unmoderated forums and having people like this, the forum will get polluted pretty fast and it isn't fun to read about a topic you're interested in, if there is a lot of offtopic, triggered people and useless discussions about other stuff, wasting your time. I even left a forum, because it was only possible to follow a topic by scrolling for hours finding stuff, which belongs to the main topic. Sometimes even 90% of the posts in a thread were offtopic. This is no fun at all!

So the biggest disadvantage of a forum (in the early 20s) is, that it only has one big thread and threads can't split, like it is possible with Mastodons threads and branches or how it is organized in lemmy. That's why I like Mastodon and Lemmy a little bit more, if it's about discussions. But they bring other disadvantages: They are build up like social media and it could get polluted by a lot of stuff you or other people are not interested in. The only way to prevent this is to create your own instance and limit the topics or even warn/ban specific topics or people who behave like in the list above. Another thing is the discussion gets lost pretty fast. On social media you don't have a good structure and the important topics get flushed away by people posting not important stuff.

I once knew a good German forum and the admin had a lot of mods, who split offtopic and outsourced anything else to another thread giving it an appropriate title. It was fun to read those filtered threads, because it always was about the main topic. I wrote "knew", because the admin gave up, because it became too much work, because they needed more and more mods, because more and more people behaved bad.

Will you have mods, who are cleaning up, providing nice threads or are you more like "I don't care! Give the power to the people!".

I managed a bulletin board about 15 years ago by myself, but I have to say it was much easier to do so, not only because people behaved differently, there have been less people on the Internet at all (much less) and if you had a board about one specific topic, there are even less people and posts to manage.

Nowadays you have to manage whole streams of hundreds of people, because you could influence people in a video or social media to just go to the forum, which could lead to carnage if you are not prepared.

I think I still wait for a solution, which is like a forum, but has threads and branches like I mentioned above, because unimportant posts will disappear automatically and don't have to be read by anyone who wants to follow the thread, again, and your well-organized threads can't be destroyed so fast, like in a forum. But I have to say, I am looking for a good solution for years and maybe a bulletin board is the best solution, even if it only can work with a lot of mods.

maxmoon wrote: ↑Wed Jan 11, 2023 10:45 am I think I still wait for a solution, which is like a forum, but has threads and branches like I mentioned above, because unimportant posts will disappear automatically and don't have to be read by anyone who wants to follow the thread, again, and your well-organized threads can't be destroyed so fast, like in a forum. But I have to say, I am looking for a good solution for years and maybe a bulletin board is the best solution, even if it only can work with a lot of mods.

Have you tried other systems than classical forums?

Your mention of "branches" reminded me of mailing lists (I am thinking about the Linux kernel one specifically)...
I am done. Good bye.
Top

flatrute wrote: ↑Wed Jan 11, 2023 2:13 pm Your mention of "branches" reminded me of mailing lists (I am thinking about the Linux kernel one specifically)...

mailing lists would be even good, if there would be a good way to make them easily accessible to others. There are websites, which are converting emails into html, but those are very ugly and most of the time you can't follow a thread, because it's just bad or you can't read the text, because of weird format and no/bad css, sometimes even looking for the next post after clicking on next, because there is too much crap on the site. I've never seen a generated and good structured thread made out of a mailing list.

In general emails are federated and it might be similar to a Fediverse tool, but no one figured out a good way to generate a structured web site out of it, which is easily accessible to others (as far as I know). Please let me know if you know of a system, which is able to convert mails/mailing lists into a nice web site.

But it has a huge disadvantage. Moderation is hard, because everyone will get those emails directly to their inboxes or every mail must be checked by hand before going out to others. Or only the website might have moderation (afterwards), like censoring bad words or even deleting whole posts.

Writing about it sounds like a nice project to work on, but I would ban emails from gmail, gmx, outlook/hotmail, yahoo and other providers, which are only there to collect data directly and this would exclude like 95% of all users, which makes it not that easy to use anymore.